Originally published by PhillyVoice.com on January 9, 2019

ederal employees gathered Tuesday morning to protest the government shutdown and pay freeze in front of Independence Park in Philadelphia.

According to a post on Facebook, the rally was scheduled from 10 a.m. to 12 p.m. by the American Federation of Government Employees and the National Treasury Employees Union. By 11 a.m., the Inquirer reported about 150 people showed up to protest the national shutdown that has been affecting thousands of government employees for weeks.

Representatives from unions across the U.S. have also made comments on the shutdown as the crisis enters its third week with no end in sight. 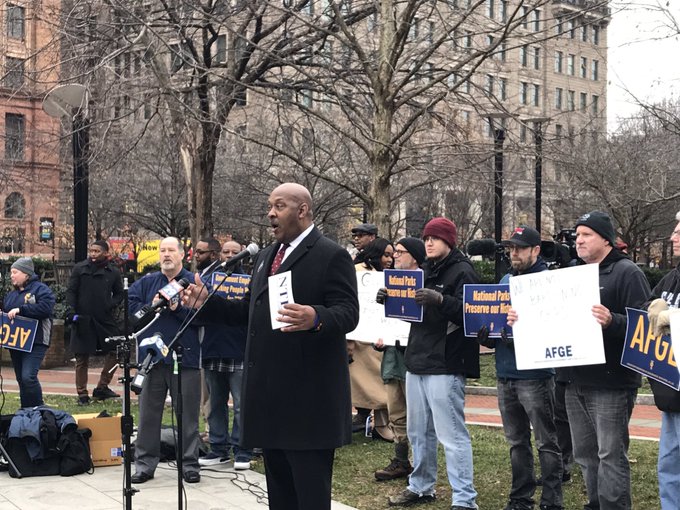 “We want to get you back to work,” @RepDwightEvans says to @AFGENational workers here at Independence Hall in #Philly in response to the continuing government #Shutdown. @PhillyTrib

Let’s not forget how we got here: our President chooses to govern through fear, not policy. If there is one thing he should have learned from this past election it is this – voters want a government that works #ForThePeople, not against them. (Thread) #TrumpShutdown 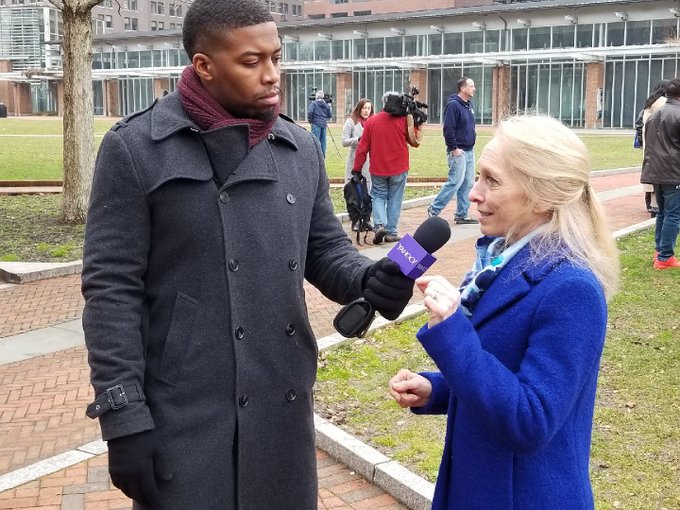 Congresswoman Mary Gay Scanlon
We’re not asking Senate Republicans to do anything differently or to alter the budget they already sent to POTUS’s desk. We want them to honor their word. Doing anything else is willfully holding the American people, this government, and 800k federal workers hostage. (Thread) pic.twitter.com/CL0GLbBbQH 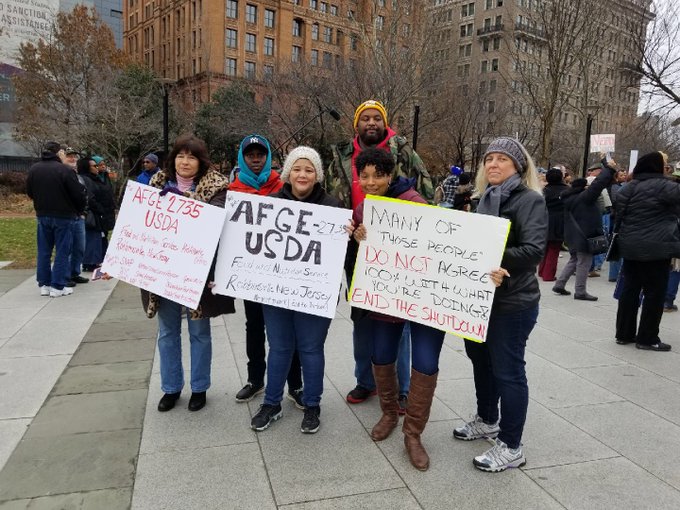 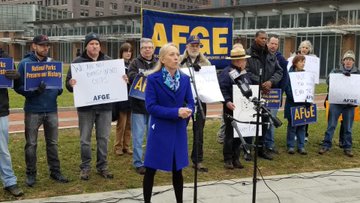 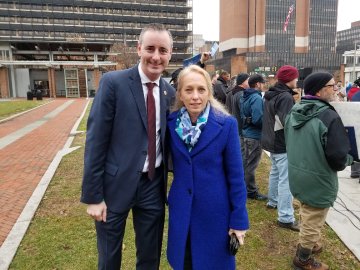 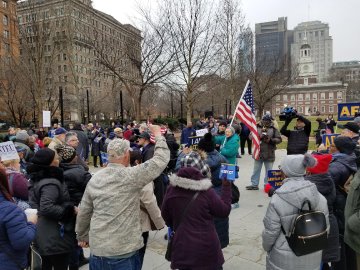 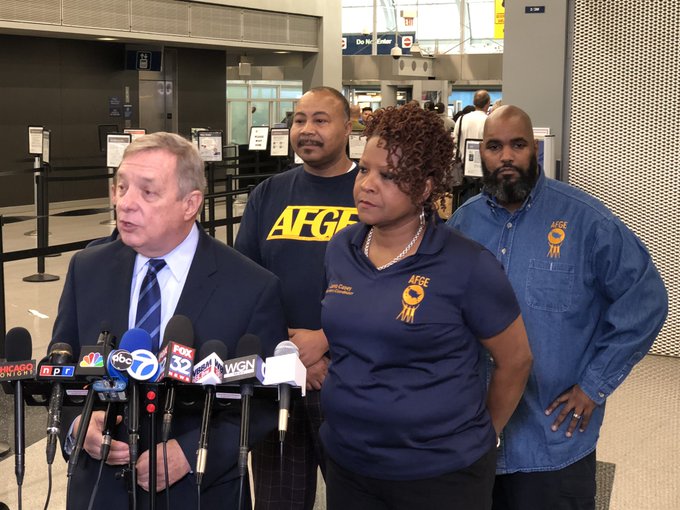 Happening Now: @SenatorDurbin is at @fly2ohare speaking out in support of AFGE Local 777 @TSA federal employees still working without pay through the #TrumpShutdown. @AFGENational

President Donald Trump will make a televised statement on the shutdown and the border wall with Mexico on Tuesday. Then on Thursday, the president will travel to the border and may declare a national emergency.